One of the largest development projects in town history is about to get a lot larger.

A load that is setting new weight standards is slowly — very slowly — making its way to Oxford to be part of the CPV Towantic Energy Center, a natural-gas-fired power plant under construction near Waterbury-Oxford Airport. The first of six shipments of turbines and generators weighs more than a million pounds; anything above 80,000 pounds requires a permit from the state.

The path was plotted by J. Supor & Son Trucking & Rigging Co., out of New Jersey, which is hauling the load, with approval from the DOT. Complicating matters are 56 bridges along the route, 10 of which require “jumping” using special equipment.

Read the full story from the CTPost 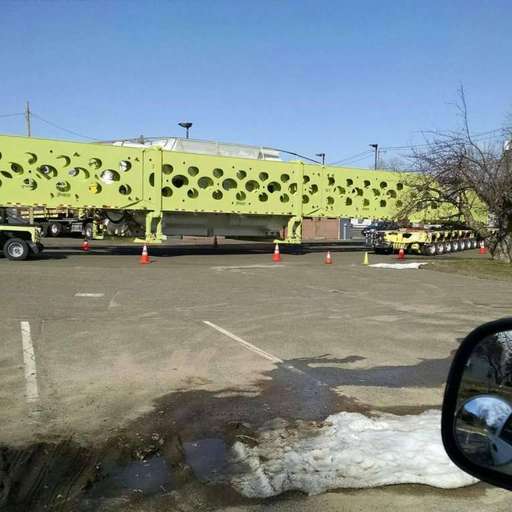